Who was General Stuart Heintzelman?

The first refugees from World War II in Europe to be brought to Australia by the Government came on a US Army ship, crewed by the US Navy.  As such, it carried the prefix USAT, for United States Army Transport.  Here is the story of the man behind the rest of its name.

A liberty ship called the SS Samuel Heintzelman had been launched on 30 September 1942, so the later General GO Squier-class transport ship also had to have the younger General's name spelled out in full, as the General Stuart Heintzelman. All the other 29 ships in the Squier class were named after American Army generals but, for most, their rank, initials and family name was sufficient.

Stuart Heintzelman was born in New York City on 19 November 1876. His father had reached only the rank of Captain when he died at the age of 35. Stuart was four years old at the time.

All three generations were graduates of the United States Military Academy at West Point. 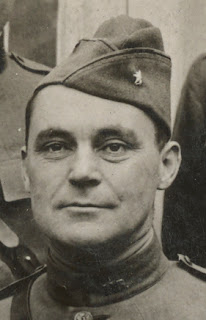 Stuart Heintzelman's leadership qualities were evident early in his military career as a cadet. He was the captain of the class gym and track teams, and was elected president of the Cadet Athletic Association. As a star football player, he was an Army letterman, the American equivalent of a sporting "blue" from Australian or British universities.

Upon graduation from West Point in 1899, he was commissioned a second lieutenant. Assigned to the 4th Cavalry in the Philippines, he served there until the following year. He then joined the 6th Cavalry in China and participated in the suppression of the Boxer Rebellion.

He was an honour graduate of the Infantry and Cavalry School at Fort Leavenworth, Kansas, in 1905, and graduated from the Army Staff College there the following year.  During 1909-1912 and 1914-1916, he was an instructor at the Army Services Schools in Fort Leavenworth.

He married Rubey Bowling, known as Ann, on 14 March 1910.  His wife brought a ten-year-old daughter, Dorothy Ann, into the marriage.

In 1916, he was assigned to Princeton University as a military instructor and was awarded an honorary degree of Master of Arts.

Then a major, he was ordered to France from Princeton in July 1917, three months after the USA entered WWI. First, he was an observer with the French army during the Chemin-des-Dames offensive.  Then he spent time with the Tenth French Army on the Italian front during the 1917-18 winter.

For his service in WWI, the US Army awarded him a Distinguished Service Medal. This is for clearly exceptional performance outside of normal duties. He had been instrumental in the planning of the Battle of Saint-Mihiel, 12-19 September 1918, in which the Americans and French, under General Pershing, had captured the town of that name from the Germans.  He also had organised the Second Army of the American Expeditionary Force until its commander, General Robert L. Bullard, arrived, at which point he became that Army's Chief of Staff.

He reverted to his substantive rank of major on his return from France to America in July 1919.  His first appointment in America was as Director of the Army War College in Washington, DC.

He was appointed a brigadier-general in 1922.  Further Washington assignments were with the War Department General Staff at Headquarters, where he was in charge of military intelligence, followed by supply and war plans. He was commander of the 22nd Infantry in Hawaii (1924-27); and commander of the Harbor Defenses of Eastern New York (1927-29). 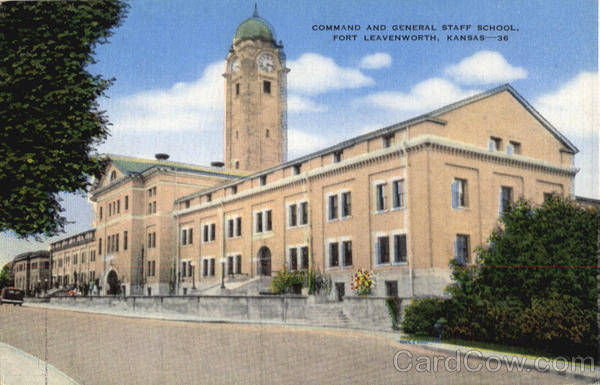 General Heintzelman was the Commandant of the Command and General Staff School at Ft. Leavenworth, Kansas for six years. During this time, he was promoted to major-general in 1931.  On 1 February 1935, he became commander of the Seventh Corps Area with headquarters in Omaha, Nebraska.

His wife, Ann Bowling Heintzelman died on 14 April 1935.  In early June, his gall bladder was giving sufficient trouble for him to be sent to Hot Springs, Arkansas, for treatment.  This was followed by an operation from which the General did not recover.  He died on 6 July 1935.

The obituary published in the American press said, "Of a quiet, friendly, forceful personality, General Heintzelman was not afraid to voice his views and was tolerant of the views of others."

He and his wife Ann share a grave in the Arlington National Cemetery, Virginia.

The ship named after him was launched a decade after his death.

I had great help from Karen Kirshner, Sherrill Brown and Pauline Anthony (a relative of the Heintzelmans), all of the United States, two decades ago before there was so much digitised material on the Web.

Ann Tündern-Smith
The photo is of my mother, one of 33 Estonians among 112 women selected in the first party of WWII refugees to Australia. I think it was taken in Germany between her arrival there in March 1944 and selection for Australia in September-October 1947. Born in Australia in the year after her arrival, I am the oldest of the children of the "First Transport", the first child to implement the "populate or perish" policy followed by the first Minister for Immigration, Arthur Calwell.